Nick's birthday, and hanging out in Comox

I turned thirty-something again a couple of weeks ago, succeeding in making it to Canada before I turn forty. Because of a calendar mistake by Gesa, we also celebrated Father's Day on the same Sunday, a week early as it turned out but a nice double celebration none the less. I was woken in the morning for cake and gifts, and we had a lovely morning before we moved the boat across the anchorage to and found that a large many-armed starfish, known locally as a sunfish, was hanging out with us. We returned him to his normal home. Later we went to the local coffee-shop, the Komox Grind, for a coffee and the usual wifi and phone calls. 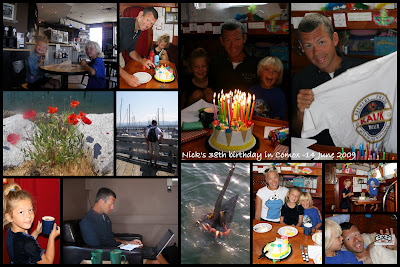 Another event put on especially for my birthday (well, maybe not) was a big Outrigger Canoe competition. Mid morning the ladies one and two person canoes came racing by in a big fleet. Seems we were anchored right on the line for the first leg and they went around us, paddling hard. Looks a bit like hard work to me. 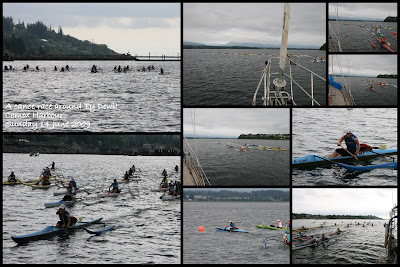 Over the next couple of days we hung out in Comox harbour and took the chance to get up to Cumberland, our new home. We rented a car and went to look at some houses, and ended up choosing one and signing a rental agreement, so we have a new house! It's a completely new house, in fact, still being built so we have the advantage of that, even if the house is very ordinary. It's also a few hundred yards from the kids' new school, so we went and enrolled them there too, so everything is getting slowly sorted out for our life ashore. 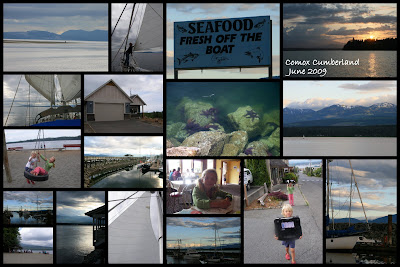