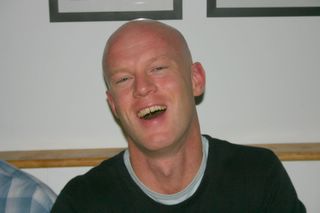 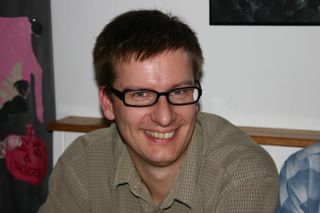 Owen, Ian and I were in the same house (3 Chesterton Road) in our 2nd year at college, and it's almost 9 years since we were last together, so it was great to have dinner. Ian lives in Edmonton, Canada, and makes his living from his prodigious talents as an artist (http://www.iansheldon.com) so we really are spread to three of the four winds these days and to share some food, wine and whisky was great. Although on a Monday night, staying up till 1am can be a little regrettable... 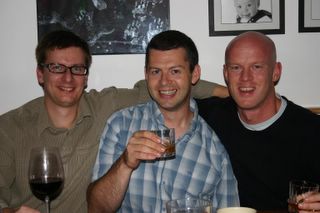 Sunday 23rd - 'Uncle' Owen comes to stay - all the way from Washington D.C. these days, so it's a great treat to see him, especially when he reads such good bedtime stories 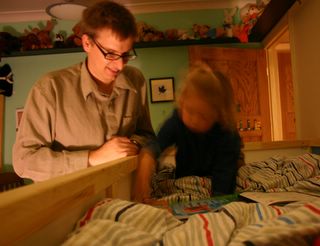 Mummy and Max make a great pair for any outing. 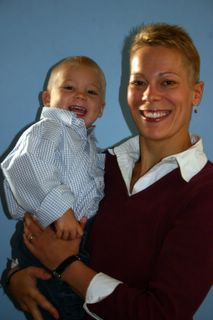 Sunday 23rd - Max is off to his first proper birthday party - where he's invited and Issie isn't. Dressed in grown-up gear, very casual, but certainly not going to let go of those cars, no sir. 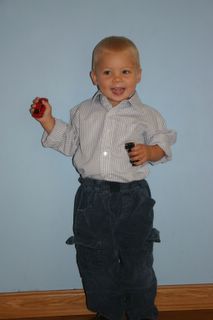 Even Issie ate some apple, but she has taken to making funny faces for photos. 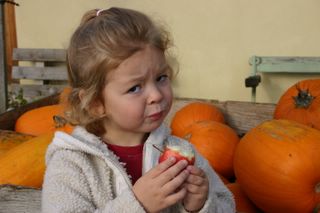 Sat 22nd Oct. Apple Day at the local farm store, and Max decides that he really does like apples 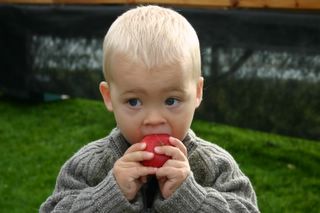 Halloween and thanksgiving coming up, and Issie and Max head off with Mummy to choose a pumpkin. Lots of fun was had at the local farm store. England get's more like the US every week, this is the sort of scene you could only have seen in the states 10 years ago. 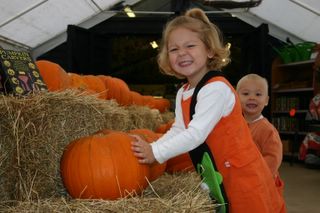 At the playground - let's swing! 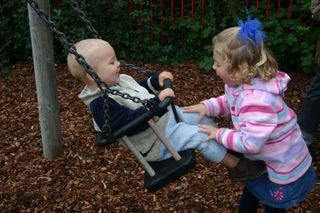 We had a campfire the other day, and Max had his first toasted marshmallow. A sticky, but clearly enjoyable experience. Many requests for 'more, more' kept Mummy busy with the toasting stick... 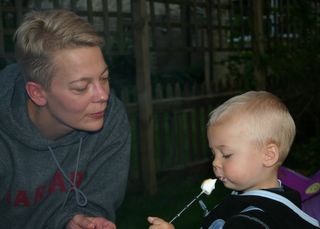 Finally ashore in Mallaig after a long trip, we met up with Pete, the next skipper, and headed out for a great seafood dinner before I caught the train back to Aberdeen the next morning. Returning to work,a dn then home, was a shock to the system, but all put in a new perspective by the fantastic experience of sailing around the top of this wonderful island of ours. Get out there - see it, enjoy it, experience it. There's a lifetime of things to do right on our shores.

We sailed down most of the sound until the wind eased in the Kyle of Lochalsh, where we passed under the famous bridge to Skye. 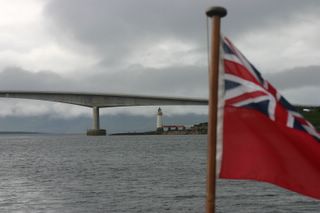 Coming down past Skye, the low cloud gave a brooding look to this beautiful island 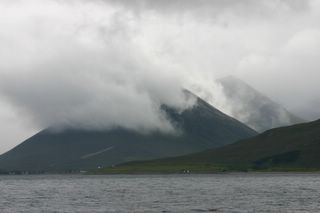 We were again in search of whales and dolphins, having been told that there were many of them out here. Sadly, none decided to show up for us, but there were plenty more birds, including the comical puffins whose attempts to get airborne always seem to be frustrated by the size of their last meal. 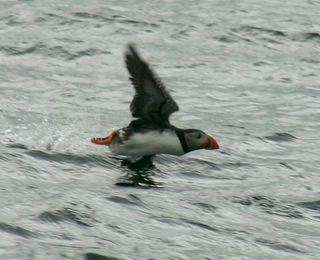 July 9 - Sheildaig to Mallaig. In the now established pattern, a sunny day was follwed by a cool and cloudy one, with a stronger breeze blowing, predictably, from the direction we were going in. The low cloud hid the top of the mountians as we departed our mooring on my final passage of this two week trip.

This yacht, beached on the shore for maintenance, turned out to be owned by the owner of the hotel in the background. We later visited the bar for a few evening whiskies and attempted to educate Greg in the many and varied tastes of single malt. 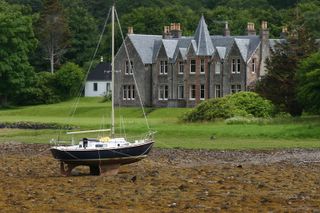 We went for a walk ashore, where the woodlands were a haven for all sorts of wildlife. 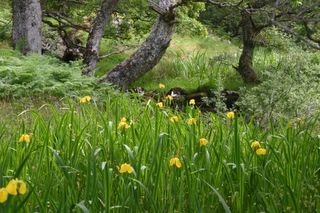 Many local boats were kept in this anchorage too, a perfect location. 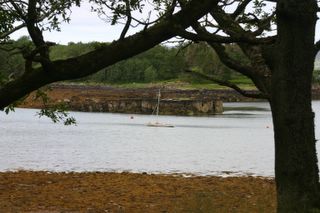 There were about 10 herons stationed in the shallows surrounding an island in the middle of the anchorage. Clearly, the fishing is good, as we also saw otters diving for food and returning to float gentlyon their backs whilst they devoured the crabs they had found on the seabed. 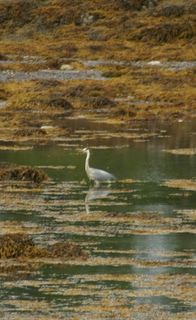 The morning brought sunshine to Sheildaig, and it turned out to be a gourgeous location, surrounded by ancient oak woodland. 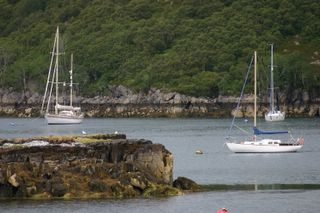 Sheildaig, at the end of Loch Gairloch, is a beautiful sheltered anchorage where we couldn't get the ahcnor to hold on the rocky bottom, bringing up long lengths of kelp with every attempt. After a couple of tries, we gave up and were pleased to find a couple of visitors moorings around the corner, where we lay securely for the night.

Halfway along the short trip to Gairloch, we went fishing again, and this time caught four lovely mackerel - another feast. We were blessed with more wind today, a good force 5 was blowing as we headed down the coast. Sadly, as we rounded the corner, it became a beat, right intot he wind, and after playing along with the weather gods for a couple of hours, we'd had enough and cheated - firing up 180 horsepower of Mercedes diesel and punching into the steep seas to get to our anchorage. 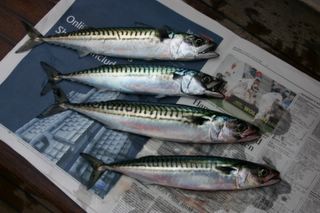 Waking up late to a drizzly morning, we found Loch Ewe to be less inspiring than it had seemed in the crisp darkness of the night before. A dreary collection of squat council house type buildings put up to serve the local defence base, we didn't even feel like going ashore. Add to that the grim news from London on this, July 7th, and the mood on board was sombre and ready to move on, which we readily did. 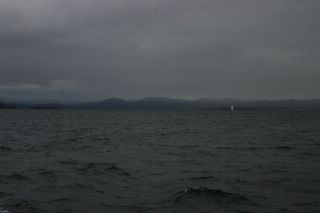 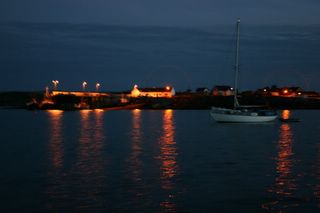