Emptied out the saloon storage, lots of 4 year old tins of food, spare half-dead pumps and other junk. The kids helped get all that down from the boat on a nice sunny Saturday afternoon.

Sunday was raining and miserable, but worked away to free the prop shaft from the gearbox - 3 out of 4 bolts free up reasonably easily. The fourth, of course, does not. The flats have got a bit rounded, and only the open end of a wrench fits on. Soaked it some more in penetrating oil and let's try again another day. 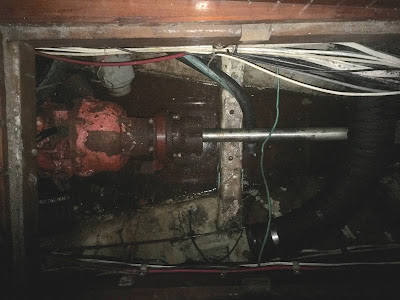 Removing more wiring and other junk from around the engine, as well as the exhaust muffler and tubing, getting closer to being able to lift it out. 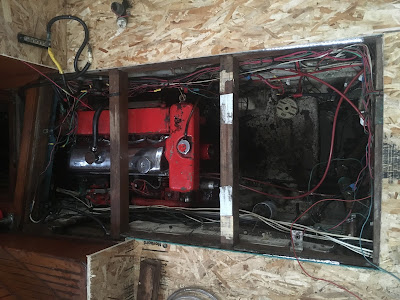 And had to dig into the electrical system, since so much of it is old and messed up, running around the engine with too much redundant wiring. Eventually decided to not try and trace everything but take out and re-do anything that's going to stay. But I still want to be able to keep the batteries charged and run some lights and the radio when I'm on board, so I re-wired the charger in near the battery bank. 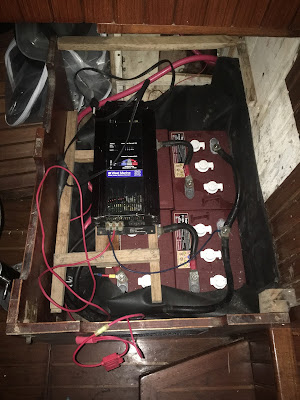 With the snow still lying on deck, and a busy family weekend, just took a couple of hours to scrape away at the bottom paint. Progress is pretty quick, really. The waterline is harder - it's high up and very well stuck on. I'll wait for better weather to get the rolling scaffold out and work up there.

Clear yellow patches are where the oldest primer was still well adhered, the grey is where it had already gone at the last major repaint and we just had primer on epoxy.

There's a few, but not too many, osmosis blisters as well. I'll probably go over the hull and grind those out and refill before we put the coppercoat on. 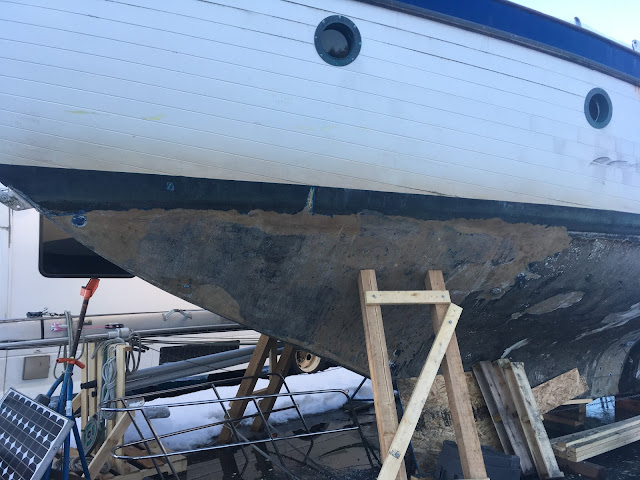 Braved the raging snowstorm and spent a few hours with the heater taking the chill off the cabin, taking apart the fuel filters, lines, valves and other ancillary stuff to make space in the engine bay. Grubby, smelly, delightful work. All boat work is fun.... 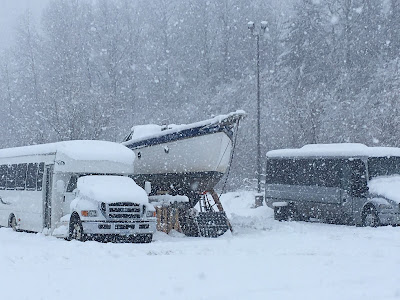 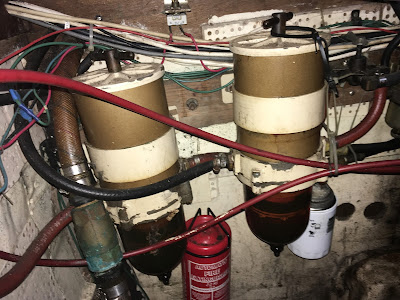 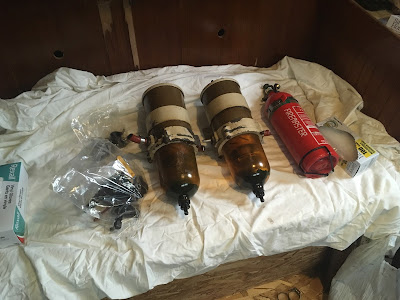 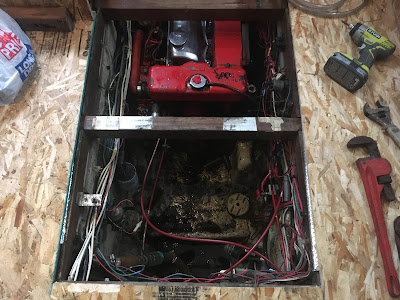 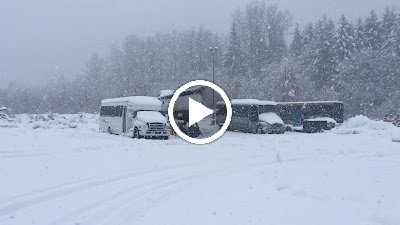